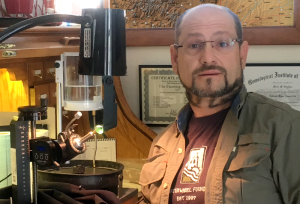 A Philadelphia, Pennsylvania USA native, Gems By Mark founder Mark Stephan first experienced rock hounding at the age of 6 where he discovered Garnets in Mica Schist in the Wissahickon Creek Park.   There began a lifelong fascination with th many things you can find on and in the ground.

A few years later Mark was transplanted to Florida…where gemstones in the ground are unlikely at best.  Still playing in the ground and sand and snorkeling, Mark discovered a stone musket ball, from a Spanish ship wreck.  Years later as a Scuba and Cave Diver Mark would return to work briefly in salvage diving for the 1715 Spanish Plate fleet on Florida’s east coast. 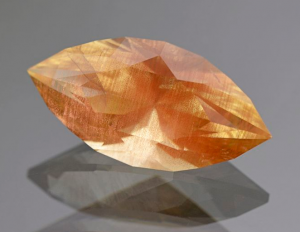 After graduating High School Mark joined the U.S. Navy.  This career was cut short by injuries sustained onboard the destroyer, USS Caron.  After recovery from his injuries Mark briefly lived and worked back in Philadelphia, and New York City.  Mark returned to Florida, University, and the Disney Company some years later.

In 2006 Mark visited Colorado, and it took only 6 months to give up the plastic and fiberglass mountains of his employer for the real thing in the Colorado Rockies moving to Boulder in early 2007.  By that summer Mark came full circle and was digging in the dirt and rocks for beautiful things offered up by our Earth.

Now living in Lake George, Colorado with his lovely lady deep in the heart of Pikes National Forest, Mark has mining claims in the Tarryall Mountains, and has been faceting gemstones since his enrollment in The International Faceting Academy in 2011.  You can find his work displayed here, on Facebook, and in the lobby of the Tucson Inn Suites City Center Lobby during the Tucson Gem, Mineral and Fossil Shows.

This series, “Rockin’ USA”, showcases finely faceted gemstones all mined in the United States. In some cases these stones were mined or acquired by the artist while traveling the country for Live Music. Most of Mark’s stones are faceted to the recordings of live jam band performances. Each faceted stone in this series except the San Carlos Reservation Arizona Peridot come with a rough specimen from the same source mine.
Now available thru Gemsbymark@att.net